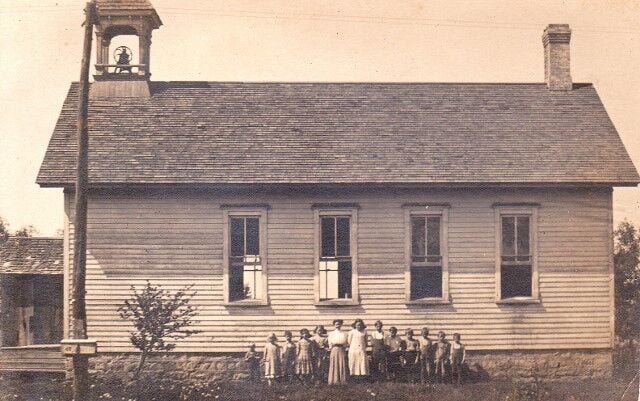 The Cooksville Schoolhouse with students and staff, circa 1920. 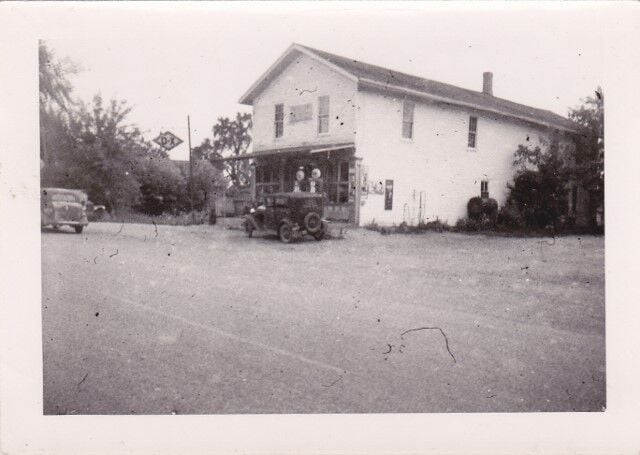 The Cooksville General Store, as it looked around 100 years ago. 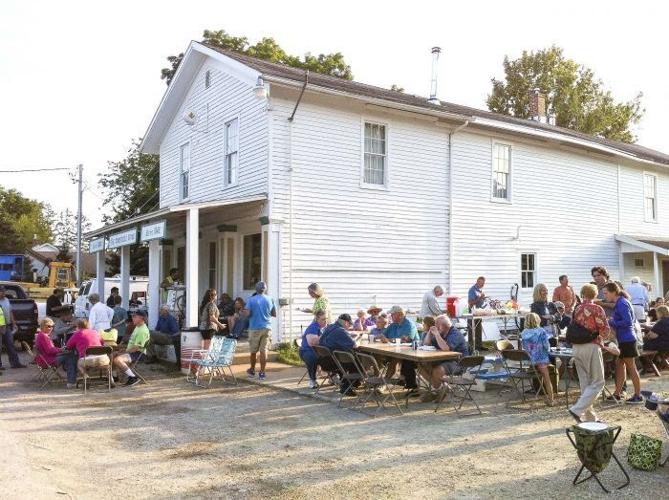 The Cooksville Country Store when it reopened in September 2013. After sitting unused for a few years Cooksville native Matthew Danky bought the building and will be converting it into a restaurant. 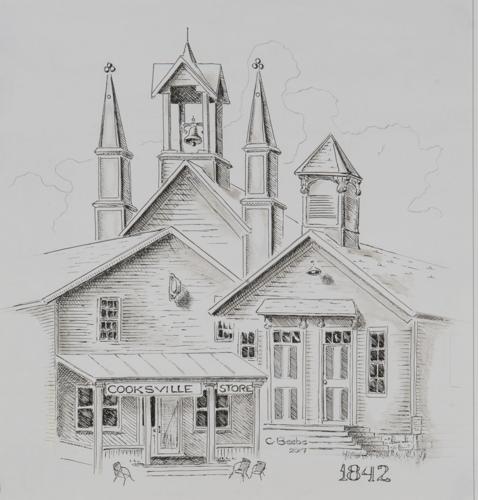 The Cooksville Schoolhouse with students and staff, circa 1920.

The Cooksville General Store, as it looked around 100 years ago.

The Cooksville Country Store when it reopened in September 2013. After sitting unused for a few years Cooksville native Matthew Danky bought the building and will be converting it into a restaurant.

The historic Village of Cooksville is celebrating 180 years since its founding in 1842 by inviting people to share the village’s story of 19th, 20th and 21st century life in southern Wisconsin.

From 3-4:15 p.m. there will be an opening program at the School House, with brief presentations about the founding of Cooksville as well as comments by the Cooksville Community Center, the Cooksville Lutheran Church, the Low Technology Institute, the Cooksville General Store, Masonic Lodge #90 and the Historic Cooksville Trust.

Next will be open houses from 4:15-6 p.m. at each of the participating organizations, with representatives available to conduct tours, answer questions, and provide some written information for people to take with them. Maps will be provided as this will be a walking event between Open House locations.

In addition, each organization will provide treats and time for neighbors and others to learn about all things Cooksville. Cooksville General Store owner Matthew Danky will have chips and salsa on hand at the store, and also will be selling tacos from his El Grito Taqueria food truck.

The story of old Cooksville - a “Wee Bit of New England” - can still be experienced today because the small village’s historical character is largely preserved.

More than 30 historic buildings, structures and archeological sites remain in the village including the Public Square or Commons, the Cooksville Schoolhouse, the oldest General Store in Wisconsin, the old Cemetery, two historic churches - the Lutheran Church and the Congregational Church - and more than 20 historic homes and buildings.

John and Daniel Cook bought land from the U.S. Government in 1837 when Wisconsin Territorial lands first went on sale. In 1840, their family journeyed by oxen wagon from Ohio to their new farmland, built a home and platted their Village of Cooksville in1842.

Other settlers soon followed, and the village quickly grew, including a new Village of Waucoma platted next door in 1846, which is part of the village’s story.

Because Cooksville was by-passed by the new boom in railroads in the mid-1850s, the village’s growth slowed and much of its distinctive 19th century pioneer architecture survived. The village became known as “The Town that Time Forgot” and was once suggested as a perfect location for an outdoor museum of Wisconsin’s early historic architecture.

In the 20th century, Cooksville experienced important historical recognition by being officially listed in the National Register of Historic Places, the Wisconsin State Register and designated a Historic District by the Town of Porter because of the village’s well-preserved and well-documented history and historic architecture.

Thanks to preservation efforts, Cooksville continues to celebrate and share its story of early settlement in Wisconsin.

Where: Various locations around Cooksville

Built in 1847, the Cooksville General Store is one of 30 buildings included in the Cooksville Historic District, listed on the National Register of Historic Places. Cooksville historian Larry Reed said it may be the oldest general store in Wisconsin.

The store was part of Cooksville’s very beginning, having been established when the little hamlet was just five years old. A true relic of years long gone, it existed for years without water or indoor plumbing, which was finally installed in 2010.

Cooksville native and restaurateur Matthew Danky purchased the business last year after visiting relatives during the pandemic and seeing it was closed. He told the Hub he plans to eventually convert it into a restaurant.

The building is owned by Waucoma Masonic Lodge No. 90, which purchased it in 1964. The Cooksville building is one of the oldest lodge buildings in Wisconsin.

For the past seven years, Danky has operated the El Grito Taqueria food truck, catering around the Dane County area, and said he is looking forward to this next step. For now, he’s remodeling the store’s basement and a few other areas while using it as a temporary “prep kitchen” for the catering business, and doesn’t yet have a definitive timeline on when he’d like to open.

“Depending on timelines and other things and how busy I am this year, the idea is to open it up to serve more sit down meals and allow me to pursue something different than just selling tacos out of the food truck,” he said. “I‘m hoping to be able to offer something different out here that will serve the local community. People are excited about the possibilities of something different. ”

Danky said when the remodeling work is completed, the old store will definitely have a new look.

“For anyone who has come here, which is many generations of people, I think it’s going to look pretty different,” he said. “It feels like a great opportunity for me, because it's like a homecoming. I never thought I’d end up back in Cooksville when I grew up just up the road.”