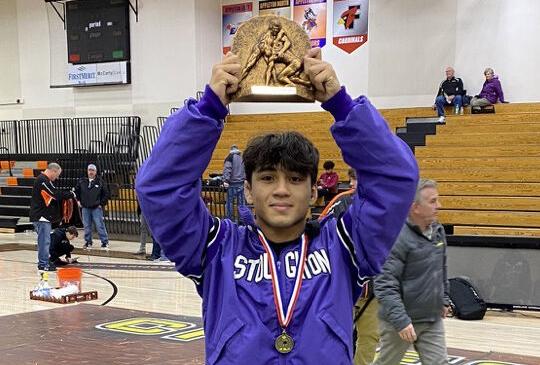 Stoughton's Nicolar Rivera topped Southeast Polk's Nate Jesuroga — the No. 1-ranked wrestler in the country in his weight class — 10-6 in the 126 pound final at the Cheesehead Invitational on Saturday, Jan. 8, at Kaukauna High School. 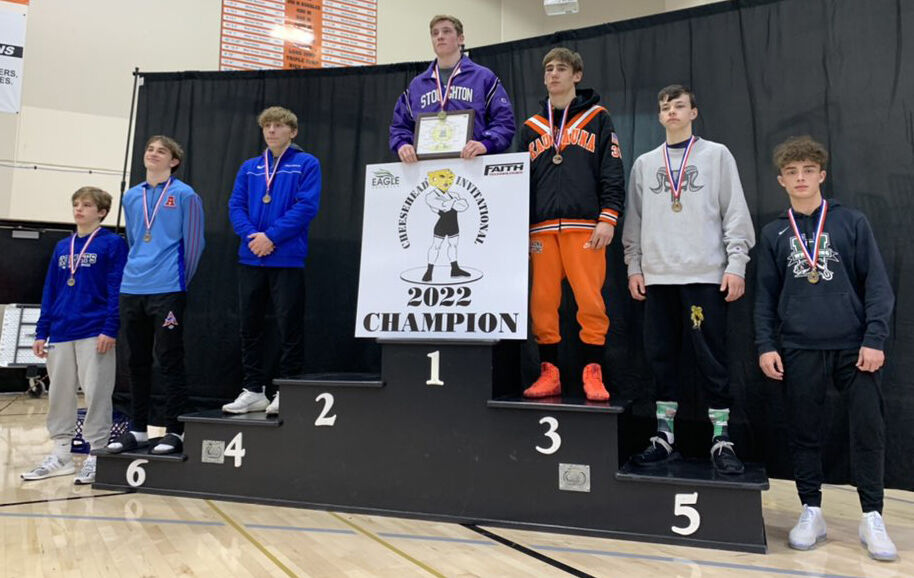 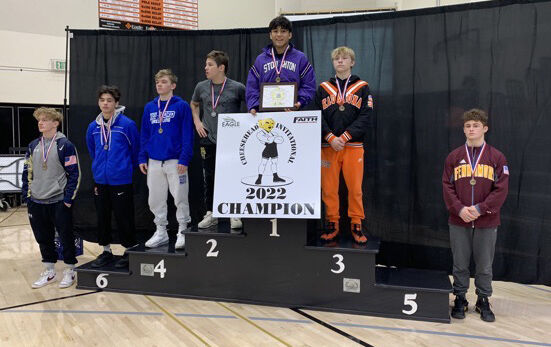 Stoughton's Nicolar Rivera topped Southeast Polk's Nate Jesuroga — the No. 1-ranked wrestler in the country in his weight class — 10-6 in the 126 pound final at the Cheesehead Invitational on Saturday, Jan. 8, at Kaukauna High School.

It was quite the day for Nicolar Rivera.

The Stoughton senior took down the nation’s No. 1-ranked wrestler and was voted Most Outstanding Wrestler of the Cheesehead Invitational on Saturday, Jan. 8, at Kaukauna High School.

Rivera defeated Southeast Polk (Iowa) junior Nate Jesuroga — the No. 1-ranked wrestler in the country in his weight class — 10-6 in the 126 pound final. Rivera moved to 29-0 on the season with the win, while Jesuroga — an Iowa wrestling commit — dropped to 25-1.

Nicolar Rivera (126) wins 10-6 over Nathanael Jersuroga, taking out the number 1 ranked wrestler in the nation at 126 pic.twitter.com/334nVu43RL

“Nicolar has been so good his whole career for us,” Stoughton co-coach Dan Spilde said of the two-time state champion. “This is a tournament he had circled at the beginning of the year. He wanted to see the best kid and he was able to see the best. He really dominated the match.”

Rivera got an early take down in the first period, but Jesuroga cut the deficit in half with an escape. Jesuroga went on to tie the match at 2-2 with another escape.

Up 6-4 to start the third period, Rivera elected to take the bottom position. Rivera found an escape early in the third and went on to win 10-6.

The Vikings had one other first-place finish as junior Chance Suddeth won the 120-pound title.

“Chance wrestled in our opinion the best he’s wrestled probably in his high school career,” Spilde said. “He opened up and wrestled with more offense. He continued wrestling through situations and finished periods that way he wanted to.”

Suddeth earned an 8-4 decision against Hillsboro junior Gavi Alexander in the title match. Suddeth improved to 27-5 overall with the victory.

Rivera and Suddeth’s first-place finishes helped the Vikings to a 12th-place finish with 276.5 points, half a point ahead of Wisconsin Rapids (276). Simley (Minnesota) won the Cheesehead Invitational for the second straight year with 642.5 points. Southeast Polk took second with 600 points in the 28-team, two-day invitational.

“He’s (Empey) put up 30 matches now with only a couple of them going the distance,” Spilde said. “I think the important thing is having to navigate through matches that are challenging like that.”

“He’s knocking on the door to the kind of tournament that would win him a bracket like that,” Spilde said. “He’s just a few little things away from making that happen.”

“He (Beckett Spilde) went in as a lower seed and pinned the No. 5 seed from Kaukauna, one of our rival schools to start the tournament,” Spilde said. “He just fed off that and continued into the top eight.”

Stoughton took just five wrestlers to the invitational and all five made the podium.

“Just an unbelievable performance by the guys we did bring,” Spilde said.