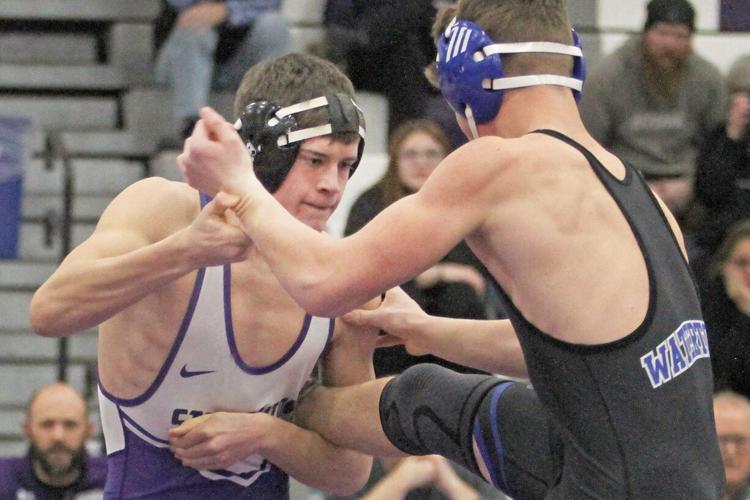 Stoughton's Ethan Soderbloom, left, looks to take down Watertown's Pierce Detert in a 152-pound match in a dual against the Goslings on Tuesday, Jan. 17, at Stoughton High School. Soderbloom pinned Detert in 1 minute, 9 seconds. 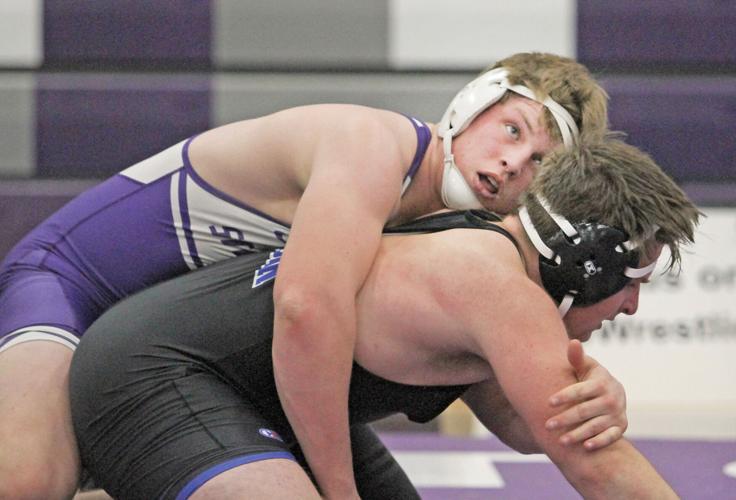 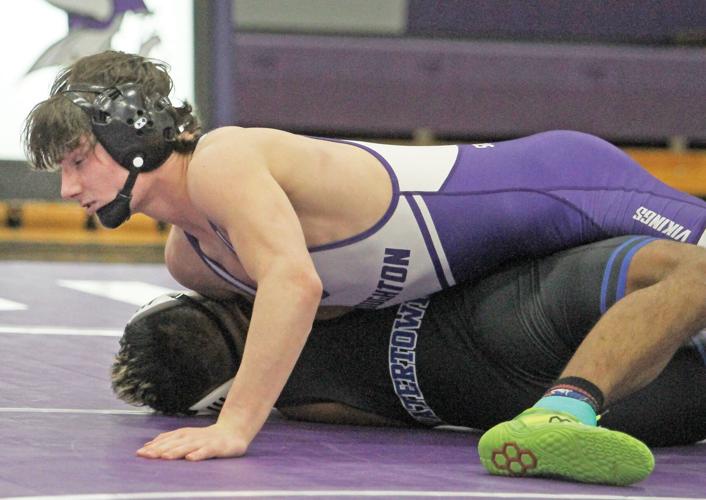 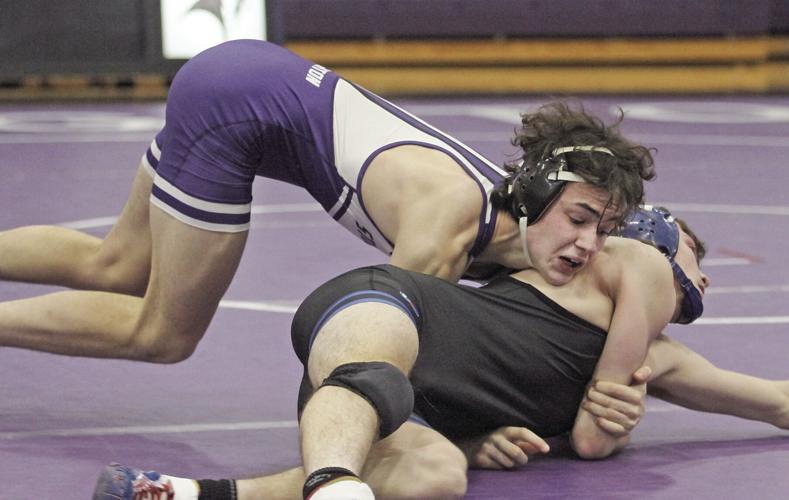 Stoughton's Will Hollister looks to turn his opponent in a 138-pound match.

Stoughton's Ethan Soderbloom, left, looks to take down Watertown's Pierce Detert in a 152-pound match in a dual against the Goslings on Tuesday, Jan. 17, at Stoughton High School. Soderbloom pinned Detert in 1 minute, 9 seconds.

Stoughton's Will Hollister looks to turn his opponent in a 138-pound match.

Stoughton junior Ethan Soderbloom is on a mission this season.

He has won seven straight matches and despite the Vikings losing two Badger East Conference dual meets, Soderbloom remains an anchor to count on in the middle weights.

Soderbloom has wrestled at 152 and 160 pounds this season. He has racked up an 18-8 record and like several other Stoughton grapplers, is building momentum for the Badger Conference Tournament on Saturday, Feb. 4, at Milton High School and the rest of the postseason.

Stoughton lost a Badger East dual on the road to Beaver Dam 49-28 on Friday, Jan. 20, and dropped a conference dual to Watertown 46-29 on Tuesday, Jan. 17, at Stoughton High School.

Yet, Soderbloom won both of his matches by pin. He recalls how a broken hand cost him six weeks of training time last year, but he still came back and qualified for the sectional. Now that he’s back to full health this season, Soderbloom has even bigger goals.

The Vikings won five of the 13 matches and dropped a second straight conference dual to the Golden Beavers on Jan. 20, at Beaver Dam High School.

Spilde (29-5), ranked sixth at 220, beat Beaver Dam/Wayland Academy’s Michael Keberlein by a fall in 59 seconds. The other win for Stoughton came from Soderbloom (160) who scored an 11-0 major decision over Gavin Vitense.

Stoughton posted four pins, but couldn’t rally from a 15-point deficit and lost a conference dual to Watertown on Jan. 17, at Stoughton High School.

Empey opened the dual by pinning Watertown’s Evan Cappetta in 21 seconds in the heavyweight match. The Goslings then won four straight matches, including two pins and a forfeit at 106 to build a 21-6 lead.

“I knew we were down and the team needed six (points),” Sarbacker said. “I had to go out and be aggressive. I had confidence in my moves.”

Sarbacker had to recover from a back injury late in the football season.

“I started out the season rough,” he said of wrestling with a couple of early losses. “That is not an excuse. I feel like I’m starting to find my groove and starting to peak. Hopefully, we will be good at the end of the season and in the postseason when it really counts. At the end of the day, this will help us be stronger. Hopefully, we can get as many individuals to state and get back to team state again too.”

“I knew if I didn’t get a pin we would lose all of our momentum,” Soderbloom said. “I’m wrestling really well right now. I knew when they shuffled their 152-pound wrestler to 160 that they were scared.”

Dan Spilde said getting back-to-back pins from Sarbacker and Soderbloom was huge because it gave the Vikings a chance for a comeback victory in the dual.

The Vikings had two grapplers finish in the top six at the Wisconsin Challenge Series on Saturday, Jan. 21, in Wausau.

Gausman went 3-1 in the tournament. He clipped Burlington’s Porter Tiedt 2-1 in the third-place match. To open the tournament, Gausman pinned Stanley Boyd’s Ciaden Paul in 2:30. He then breezed by Bay Port’s Adrian Meacham by a fall in 36 seconds. Bay Port’s Sam Teddy defeated him 9-3 in a semifinal match.

Kostetskyi went 2-2. He pinned Holmen’s Alfred Kim in 1:24 in a second-round match. In a quarterfinal match, he lost to Bay Port’s Colton Zipp 11-8. Kostetskyi pinned Germantown’s Aidan Brubacker in 1:01 in a consolation match. Isaiah Murphy of West Salem/Bangor defeated Kostetskyi 8-2 in a fifth-place match.