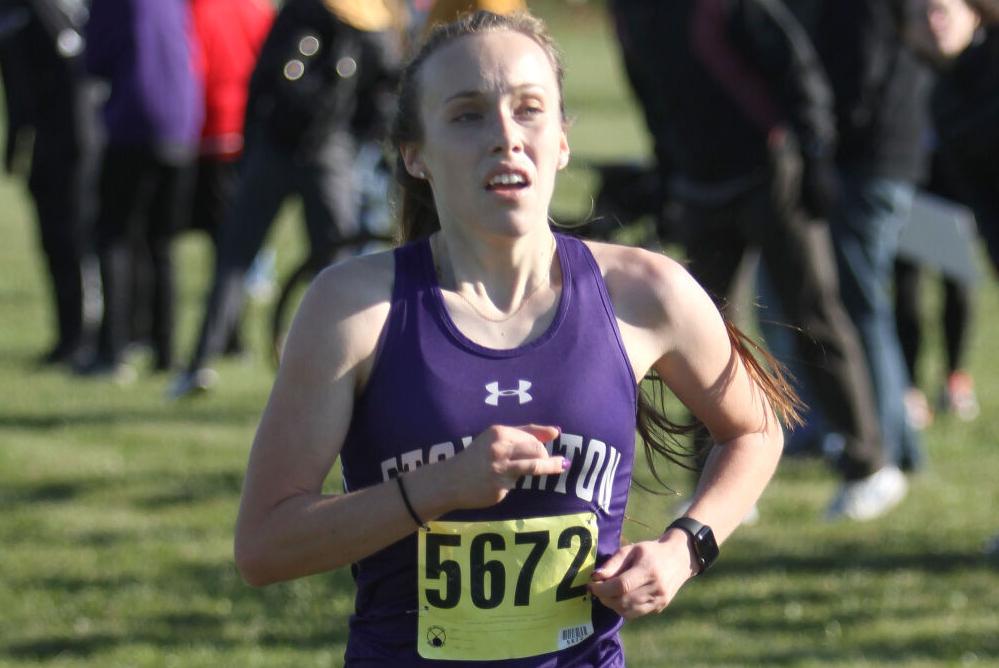 Stoughton junior Mallory Reiser sprints to the finish in the Badger East Conference meet on Saturday, Oct. 16, at Lake Farm Park in Madison. Reiser finished seventh place with a time of 19 minutes, 41.8 seconds. 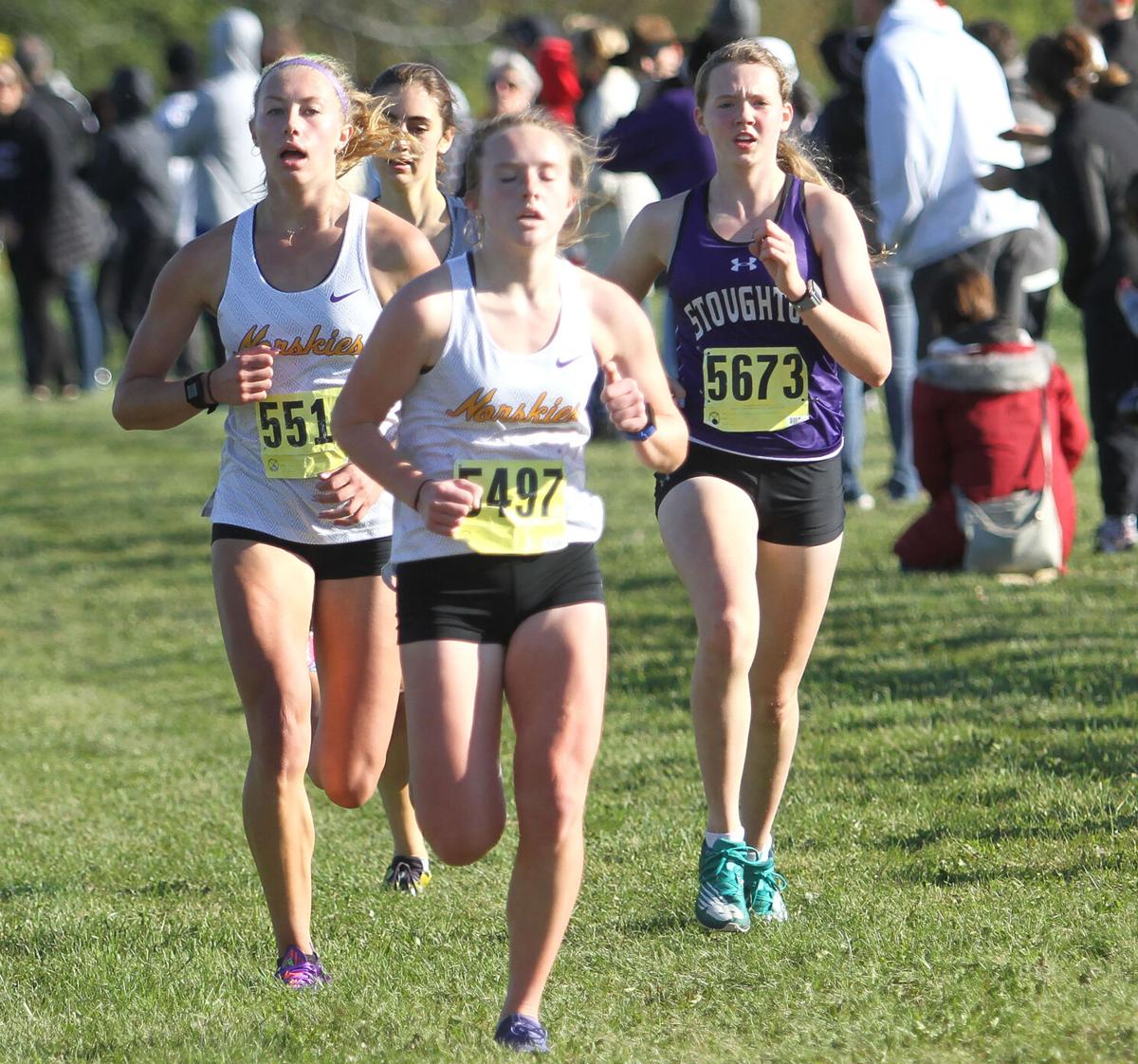 Stoughton junior Mallory Reiser sprints to the finish in the Badger East Conference meet on Saturday, Oct. 16, at Lake Farm Park in Madison. Reiser finished seventh place with a time of 19 minutes, 41.8 seconds.

Reiser finished seventh place with a time of 19 minutes, 41.8 seconds.

“It certainly wasn’t my best race,” Reiser said. “Something was off. I can’t be too upset because I got first-team all-conference.”

She recalls as a freshman in 2019, finishing 39th at conference.

“I think I could have done better, but that’s fuel for next week,” she said.

Stoughton took seventh with 137 points in the eight-team Badger East Conference meet and will compete at the WIAA Division 1 Kettle Moraine sectional on Saturday, Oct. 23, at Naga-Waukee County Park in Delafield. It was a four team race for the conference title. DeForest and Monona Grove tied for the conference championship with 75 points. Fort Atkinson took third (78) and Waunakee placed fourth (81).

“We continued to push Mallory through this week,” Stoughton coach Susan Zaemisch said. “The other girls were tapered this week.”

Monona Grove freshman Mackenzie Babcock won the individual conference title with a time of 18:11.4, more than one minute ahead of Fort Atkinson’s Mary Worden, who took second.

Reott was a member of the Stoughton girls track team last spring and Zaemisch convinced her to give cross country a shot.

“I told her that it would keep her in shape for basketball,” Zaemisch said.

“If she’s in the 20s (minutes) that is huge,” Zaemisch said of Nortwen.

“Jordan probably ran the best race of her career today,.” Zaemisch said. “Amelia is a freshman and just is trying to figure out how to race.”

The Vikings will gear up for the Kettle Moraine sectional this week. Reiser is looking to qualify for state for a second straight season. She knows it will be more challenging this weekend than the alternate fall season last spring.

“With the conditions last year most people didn’t know if we would have a season so they didn’t train as much and I kept training,” she said. “Everyone is back to training this year. In the sectional last year we had some Division 2 and 1 schools. The sectional this year will be bigger with more competition. It will really be a close one. I will have to go out and give it everything I’ve got. Every second counts.”

Four of Stoughton’s top five runners will be back next year too.

“For my No. 2-7 runners it will be about getting experience for next year,” Zaemisch said.