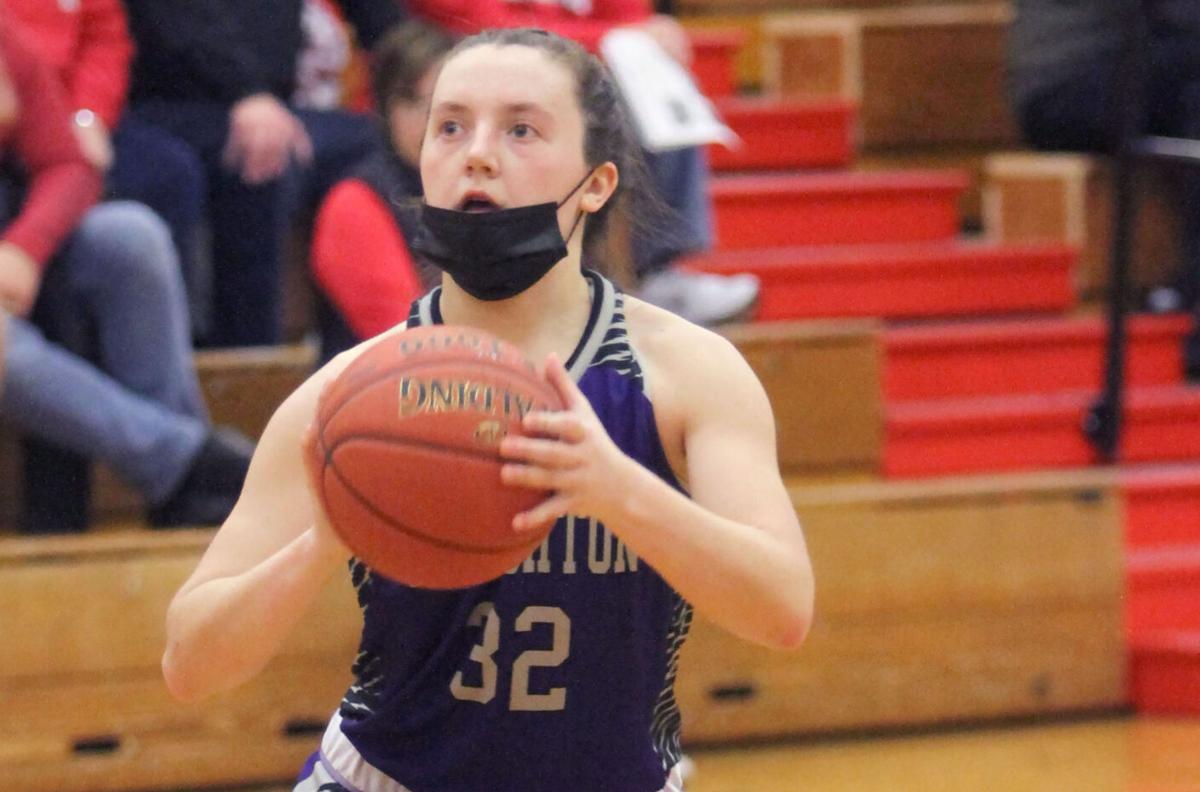 Stoughton senior Ava Loftus shoots a 3-pointer in the second half against Monroe on Tuesday, Nov. 23. Loftus knocked down six 3-pointers and scored a game-high 28 points to lead the Vikings to a 66-48 win over the Cheesemakers. 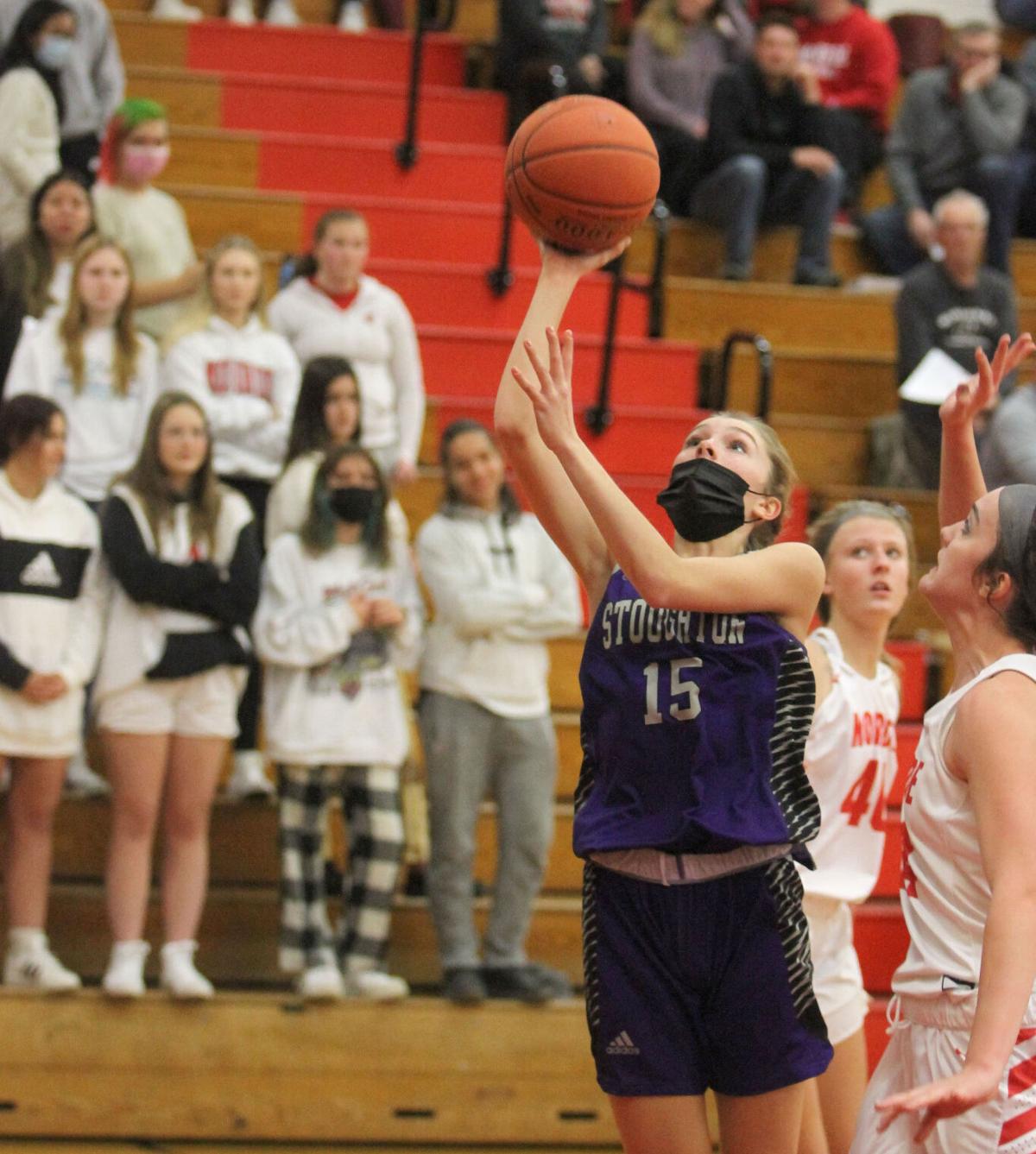 Stoughton freshman Ella Hamacher scores on a layup against Monroe senior Breanna Giasson in a Badger Conference game on Tuesday, Nov. 23, in Monroe. 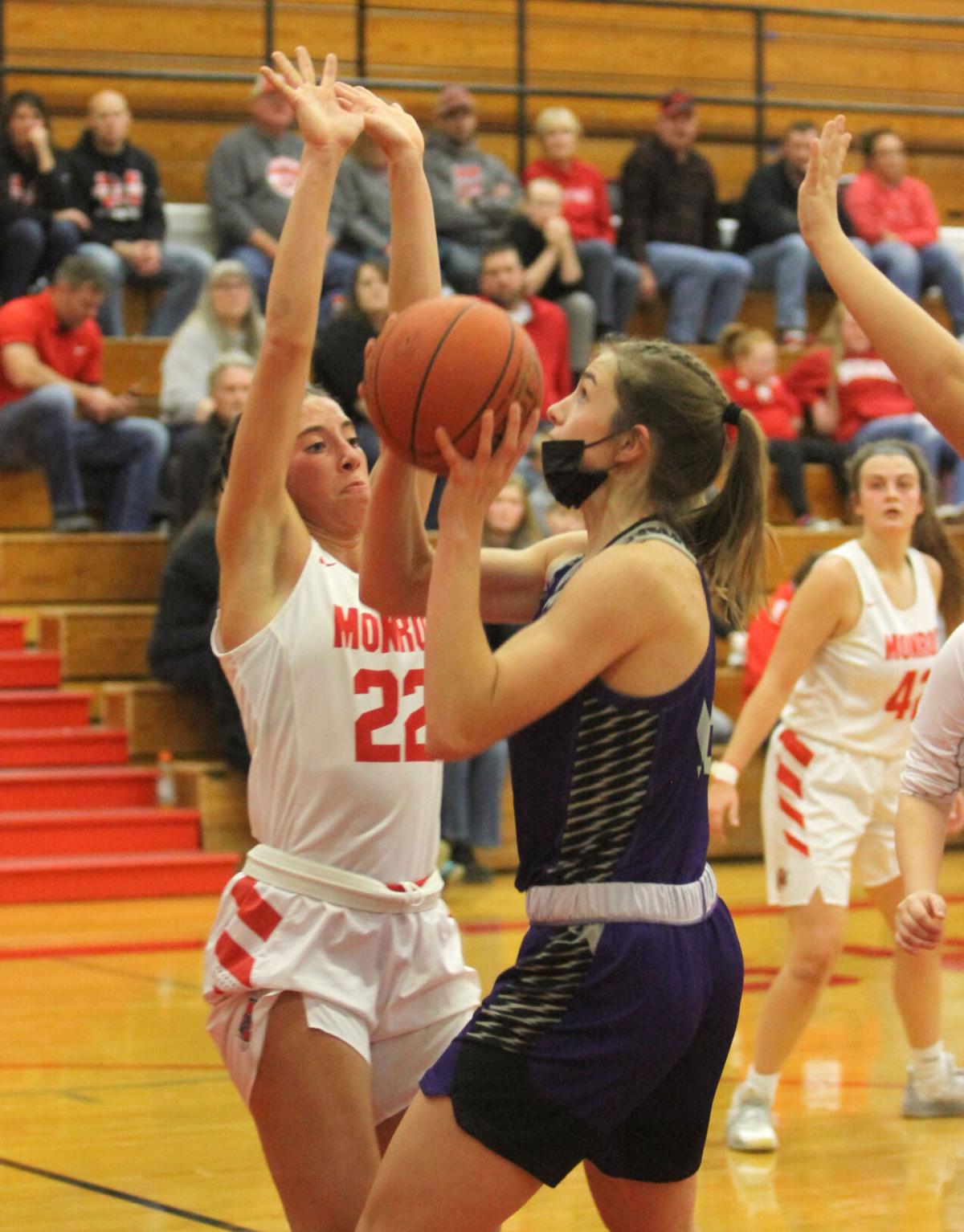 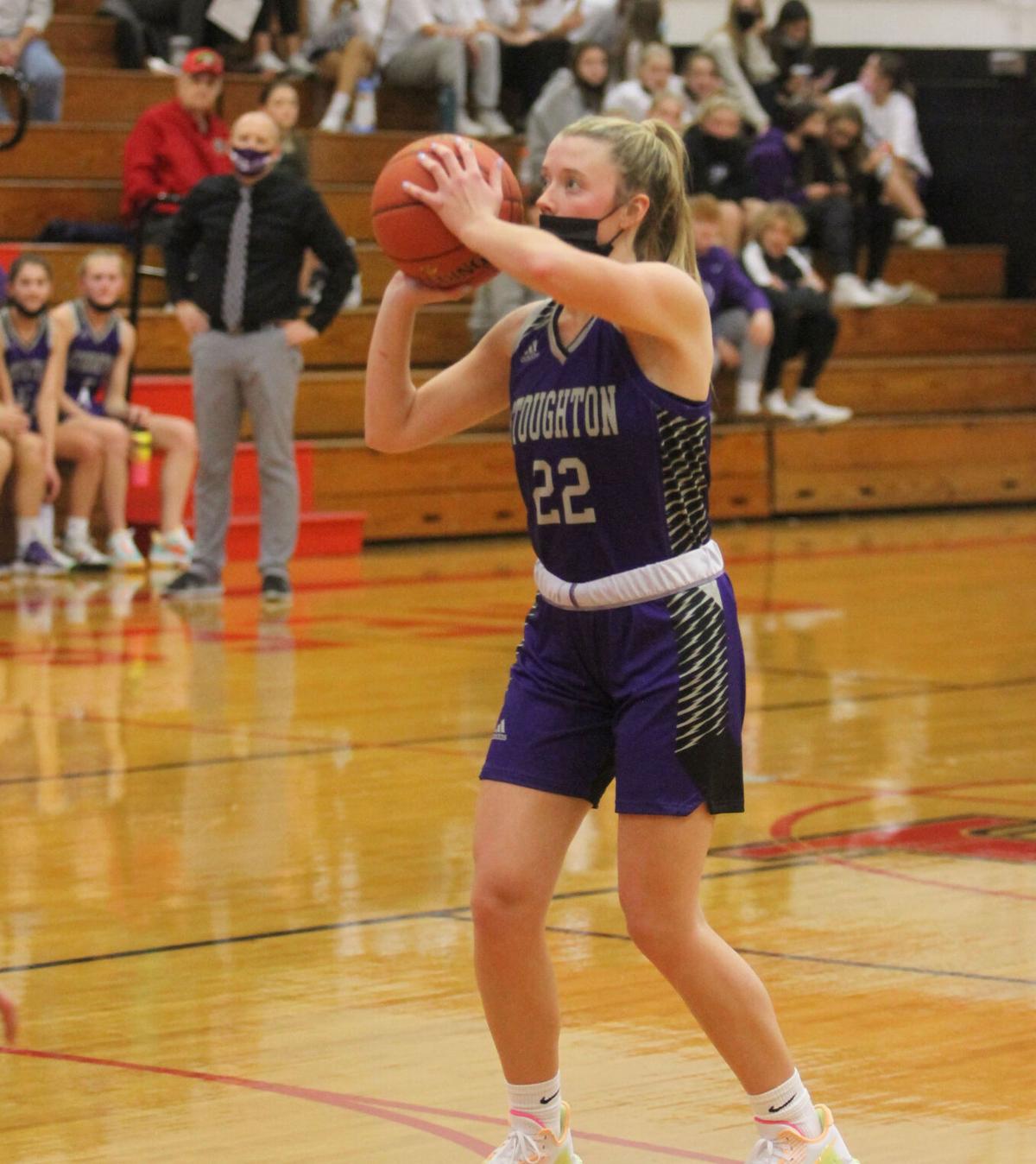 Stoughton senior Olivia Anderson shoots a 3-pointer in the second half against Monroe on Tuesday, Nov. 23.

Stoughton senior Ava Loftus shoots a 3-pointer in the second half against Monroe on Tuesday, Nov. 23. Loftus knocked down six 3-pointers and scored a game-high 28 points to lead the Vikings to a 66-48 win over the Cheesemakers.

Stoughton freshman Ella Hamacher scores on a layup against Monroe senior Breanna Giasson in a Badger Conference game on Tuesday, Nov. 23, in Monroe.

Stoughton senior Olivia Anderson shoots a 3-pointer in the second half against Monroe on Tuesday, Nov. 23.

Even the best teams at times go through shooting slumps. For long stretches, the Stoughton girls basketball team combated a cold spell with relentless offensive rebounding and defense.

Despite shooting just 28.1% (9 of 32) in the first half, the Vikings broke the game open behind senior Ava Loftus, who knocked down six 3-pointers and scored a game-high 28 points to lead Stoughton to a 66-48 win over Monroe in a Badger Conference crossover game on Tuesday, Nov. 23, in Monroe.

Stoughton then lost its first game to McFarland 85-68 on Saturday, Nov. 27, in McFarland. The Vikings are 3-1 and will host Mount Horeb on Friday, Dec. 3.

The Vikings finished the game with 14 offensive rebounds that led to many second-chance scoring opportunities despite shooting 31% (18 of 58) for the game.

“I think we have a lot of athletic players and that really helps us if we are in a slump,” Loftus said. “That extra rebound brings energy to the team and gives us a little spark to get something going.”

Loftus said she really worked on improving her shooting in the summer.

“I think bringing that confidence in has really helped this year,” she said. “I hope to just continue that going on. My teammates trust me so I know any shot I take is a good shot.”

The Vikings opened the game with a 15-4 run. Loftus drilled a 3-pointer and senior Annie Tangeman scored on a putback. Junior Maddie Reott came away with a steal and scored on a layup to give the Vikings a 7-0 lead less than three minutes into the game. Loftus hit her second 3 during the spurt. Stoughton junior Teagan Pickett also knocked down a 3 to extend the lead to 11 points at 10 minutes, 25 seconds.

“We talked yesterday in the locker room about setting the tone defensively,” Stoughton coach Brad Pickett said. “Shots at the high school level can come and go. You are not going to make every shot. We talked about hanging our hat on the defensive end.”

The Vikings led by as many as 21 points in the second half after Reott hit a running jumper in the lane to give Stoughton a 50-29 lead with about 11:30 left.

Loftus agreed with her coach’s assertion that defense helped lead to some scoring in transition. It’s still only the second week of the season, but Stoughton has won more games than they did last season.

“It was good to get a conference win on the road, especially in an environment like Monroe,” Loftus said. “We are getting better every day. Seeing that come together is good for us to see and we know what we can work on the next practice.”

Hamacher said she felt nervous before playing in her first game.

“As the games have went on, we have kept winning, we have felt more together and they have accepted me more,” she said.

As a lefty, Hamacher found a way to make plays off the dribble from the wing against the Cheesemakers.

“He (coach Pickett) always tells me to attack every time I catch the ball,” Hamacher said. “I have been working a lot attacking that way and I’m left handed. When I get it on the left side I feel like I have an advantage and take it.”

Pickett sees the potential of Hamacher as a scorer and force off the bench.

“Ella does some good things offensively, but at the same time she’s still a freshman,” Pickett said. “There are some things we have to clean up on the defensive end with her. The nice thing is the lights aren’t too bright and she’s ready to go every night. She wants to learn and get better. She was very aggressive tonight going to the basket and hopefully we can continue with that.”

Loftus scored a team-high 32 points, but Stoughton couldn’t overcome a double-digit second half deficit and dropped its first game to McFarland Nov. 27, at McFarland High School.