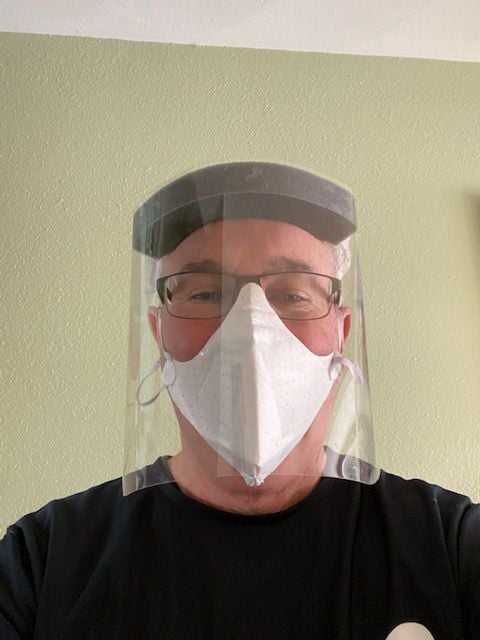 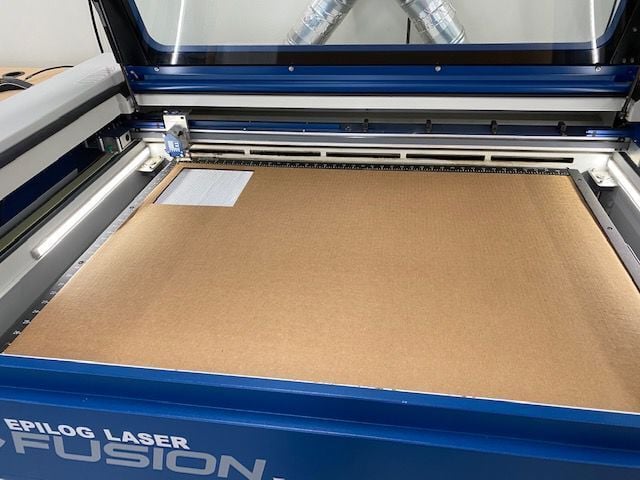 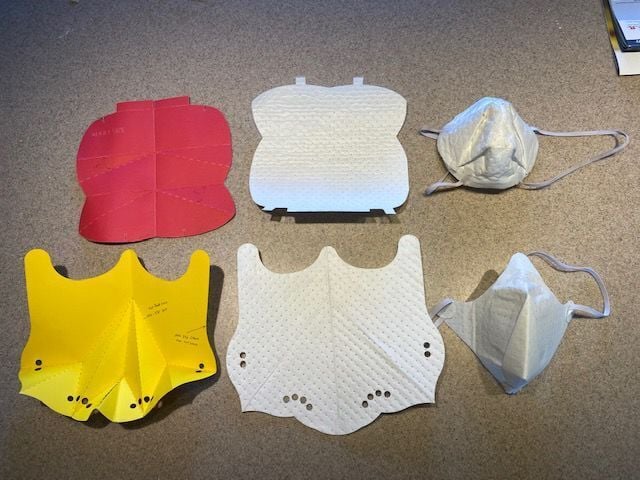 A variety of origami-folded masks can be used with the shield.

A variety of origami-folded masks can be used with the shield.

Stoughton High School and its Fab Lab has made “masking up” a little easier.

Since the pandemic hit last March, Stoughton Area School District has churned out hundreds of “Badger Shield” Personal Protective Devices (PPE), of which at last count, over 600,000 have been produced locally by several community and volunteer organizations, Fab Lab adviser Mike Connor said.

The Fab Lab teamed up with Midwest Prototype in Mount Horeb, which donated and discounted materials for the shields. Conner, a long-time Cummins employee before retiring in 2013 to join the district as a consultant, knew company founder Steve Grundahl from Midwest Prototype from Connor’s years at the company.

“When the pandemic hit, everyone was trying desperately to figure out the PPE puzzle,” he wrote the Hub in an email. “A group of folks from the UW Midwest Prototype, Delve and local Fab Labs were sharing information daily. It was a mad dash, for sure.”

The group tracked down foam from Madison, plastic from Cross Plains and elastic from Sheboygan Falls, in a massive effort to fill standing orders for multiple hospitals and Wisconsin’s Department of Health Services.

In a turn of good fortune, during the last four years at Cummins, Connor worked in research and development of nanofiber media for sub-micronic filtration — very similar to N95 masks. He approached them to see if they could help, and within a few days they donated enough N95 qualified material to start making laser cut origami folded masks.

“Call it luck or good karma, either way I felt like the stars were aligning for FabLab Stoughton,” he said.

After an Internet search, they found an Indiana University professor who was a specialist in Origami and had examples of shapes that would work. FabLab workers built folding jigs using 3-D printers, CNC milling machines and lasers.

“It took about three seconds to make one on a laser, where the complex shape would take about 15 minutes by hand and scissors,” Connor said. “The laser also enables us to make every one of them the same — very consistent.”

FabLab Stoughton’s role was to provide a space and labor for the assembly process and connect with community organizations – such as the district, Stoughton Food Pantry, EMS, SPD, Stoughton Hospital – and to fill their needs fast and for free, Connor said. With all the materials in hand, district clerk Becky Eagan and school nurse Laurel Gretebeck assembled the shields at the lab, located at Stoughton High School.

“Within a few hours we had enough masks to supply the school district, the Stoughton Food Pantry, and anyone else that asked for them,” he said.

Connor said when he went to Alliant Energy Center grounds last year to get tested, a young soldier from the National Guard who was working the test site approached his vehicle wearing a Badger Shield.

“I had a big smile under my mask as I was sure it was made somewhere local,” he said.

Students can return 5 days a week next month

The comeback is getting closer.