Skip to main content
You are the owner of this article.
Edit Article Add New Article
You have permission to edit this article.
Edit
Home
News
Sports
Obituaries
Opinion
Things To Do
Classifieds
Legals
FAQ
Newsletter
Submit Your News
e-Edition
Special Sections
1 of 3 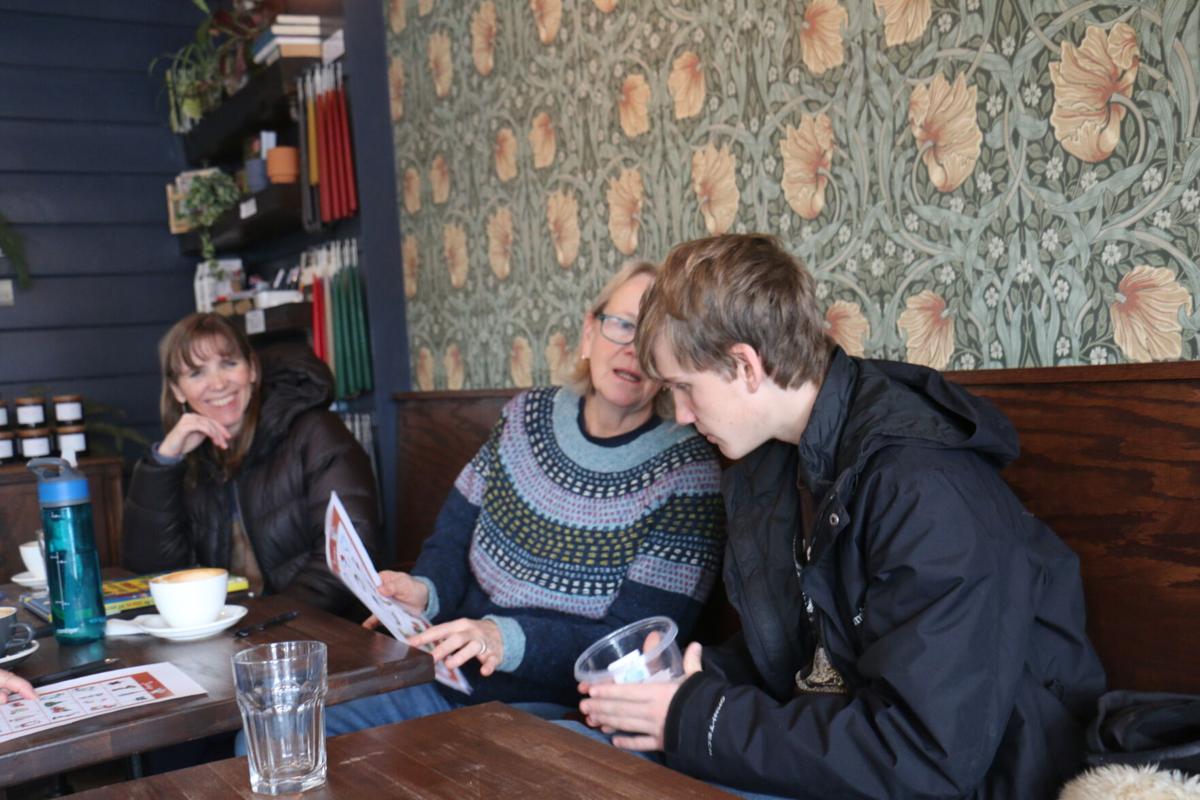 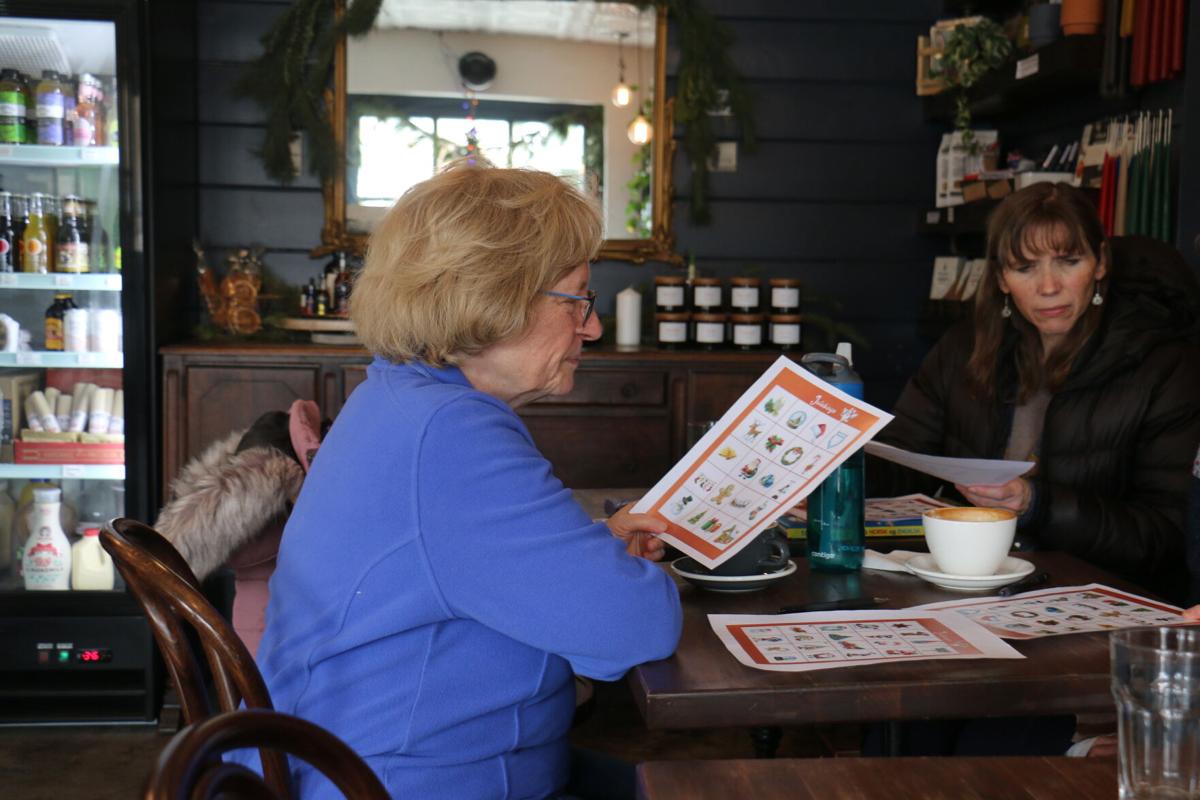 Sally Hestad learns Christmas-themed words with a game of Bingo 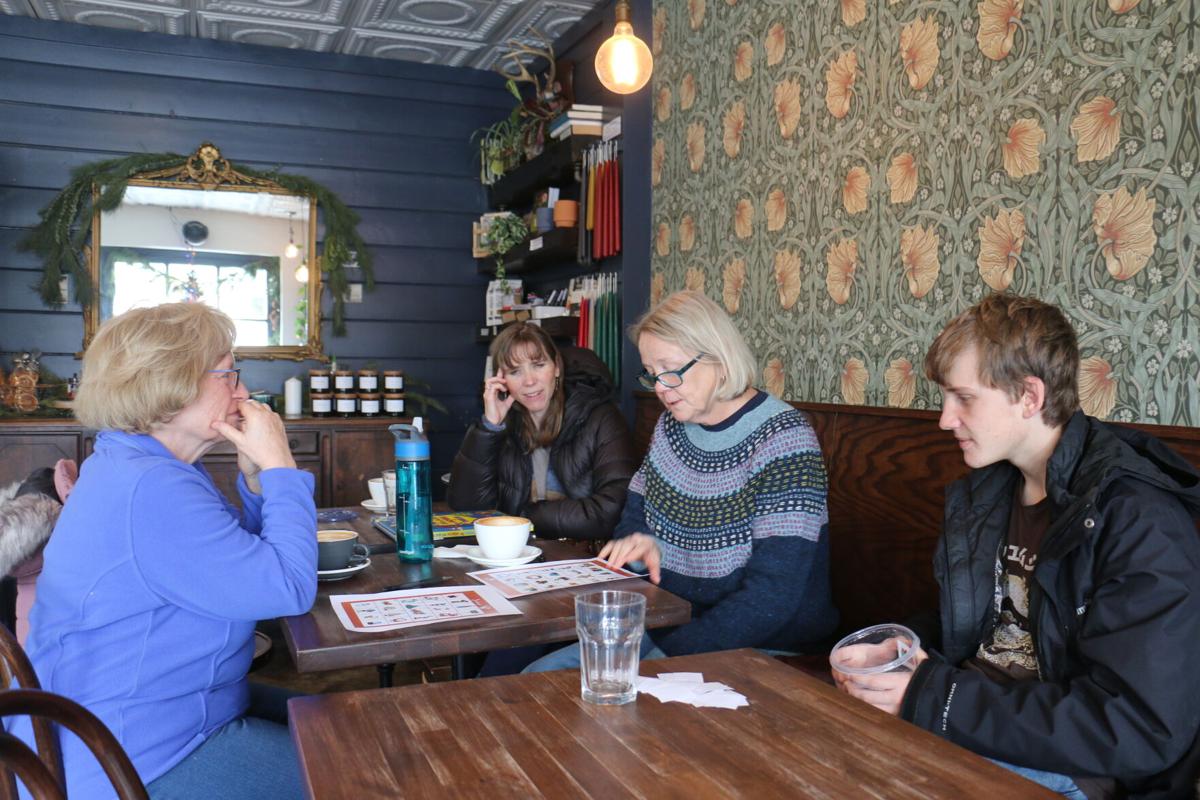 Sally Hestad learns Christmas-themed words with a game of Bingo

“Juletre,” “pepperkakehus,” “kristtorn,” “polkagris” – for the uninitiated, a group of women gathered at Wildwood Café on a Wednesday morning may have sounded like they were speaking in tongues or discussing the next COVID-19 variant, but for those in-the-know, they’d recognize the holiday words.

The women were gathered for the Norsk samtale or Norwegian Conversation meetup that takes place at the 218 S. Forrest St. café, playing a game of Bingo to learn the seasonal words for Christmas tree, gingerbread house, holly and candy cane.

The Norwegian Conversation group is facilitated by Stoughton resident Lisbeth Wacker, who taught Norwegian at Madison Area Technical College from 2012 up through the start of the COVID-19 pandemic.

The group has been meeting once a week since 2018.

Members practice speaking and play some games or learn songs, using Norwegian words as much as possible.

The class was formed when students who’d taken the MATC class wanted an opportunity to continue practicing speaking the language.

Sometimes the group decides on a specific topic they’ll be talking about. They’ll talk about how their week was, what foods they ate for Thanksgiving dinner, or share pictures of their family. Other times they practice writing, such as sharing something about their house.

Sometimes Wacker brings a game to practice counting, colors or shapes or shares a picture book that has illustrations with both the English and Norwegian words.

Wacker has lived in Stoughton for 17 years but was born in Norway and grew up there. Her father is American and her mother is Norwegian. When not teaching Norwegian, she has a reflexology business on the west side of Madison.

While so far, the group has consisted only of people who took Wacker’s Norwegian class at MATC, it’d welcome anyone who’d like more practice speaking the language, she said.

But, it’s really for people who have some level of knowledge of Norwegian as the group isn’t a class for teaching the language or grammar, it’s just a group to practice conversing.

“It’d be hard if you don’t know any Norwegian,” Wacker said.

Group attendees Christine Clements and Sally Hestad met and became friends through Wacker’s MATC class in spring of 2018. But when the mid-level class was over, there weren’t enough students interested to form a higher-level class. So some of the students convinced Wacker to form the Norwegian Conversation group.

Hestad appreciates being able to hear the sounds of the words segregated from the linguistics, she said.

Now that they have a background in basic grammar and simple words, the meetup allows them a chance to keep expanding their vocabulary with specialty words such as those related to Christmas.

“One reason I am motivated to attend is I have cousins in Norway and haven’t recently connected with them,” Hestad said, who hopes to travel back to Norway to visit them again soon. She said her last visit, to the homestead where her family immigrated from, was a “transformational experience.”

All of the people who attended the MATC class were of Norwegian descent, she said – some were already very fluent in the language, others were at a basic level.

At the beginning of the pandemic, the Norsk samtale group met in Oregon at the Firefly Coffeehouse for a while. Then it turned virtual, using the website Meetup to facilitate meetings. Because Meetup is an international social media platform, when the conversation hour went virtual, it had attendees from all over the world.

But whether meeting online or face-to-face, “I enjoy it, it’s fun to get to meet people,” Wacker said.

Reporter Neal Patten can be reached at npatten@wisconsinmediagroup.com

Meeting times and updates are posted to meetup.com/Norwegian-Conversation-Meetup