Skip to main content
You are the owner of this article.
Edit Article Add New Article
You have permission to edit this article.
Edit
Home
News
Sports
Obituaries
Opinion
Things To Do
Classifieds
Legals
FAQ
Newsletter
Submit Your News
e-Edition
Special Sections
1 of 5 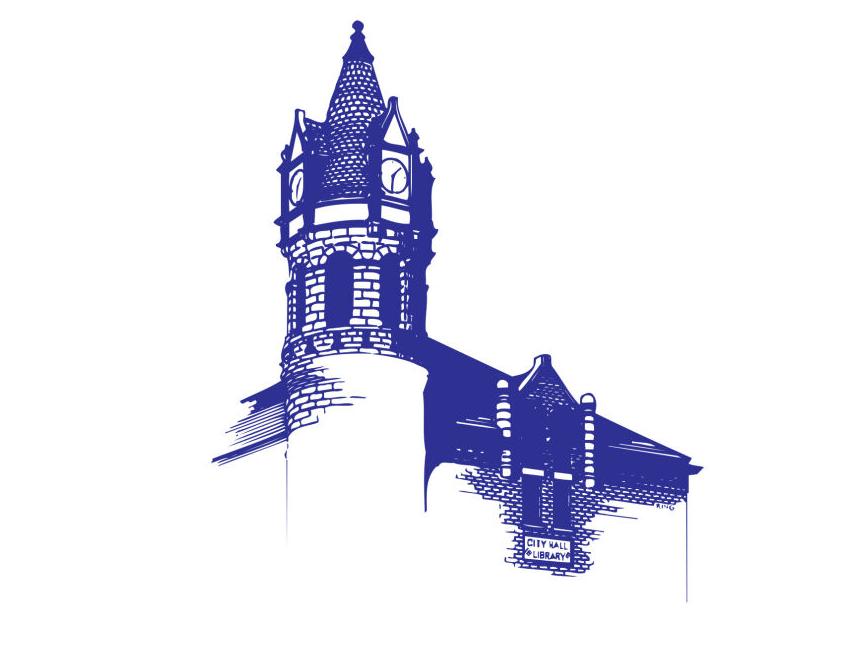 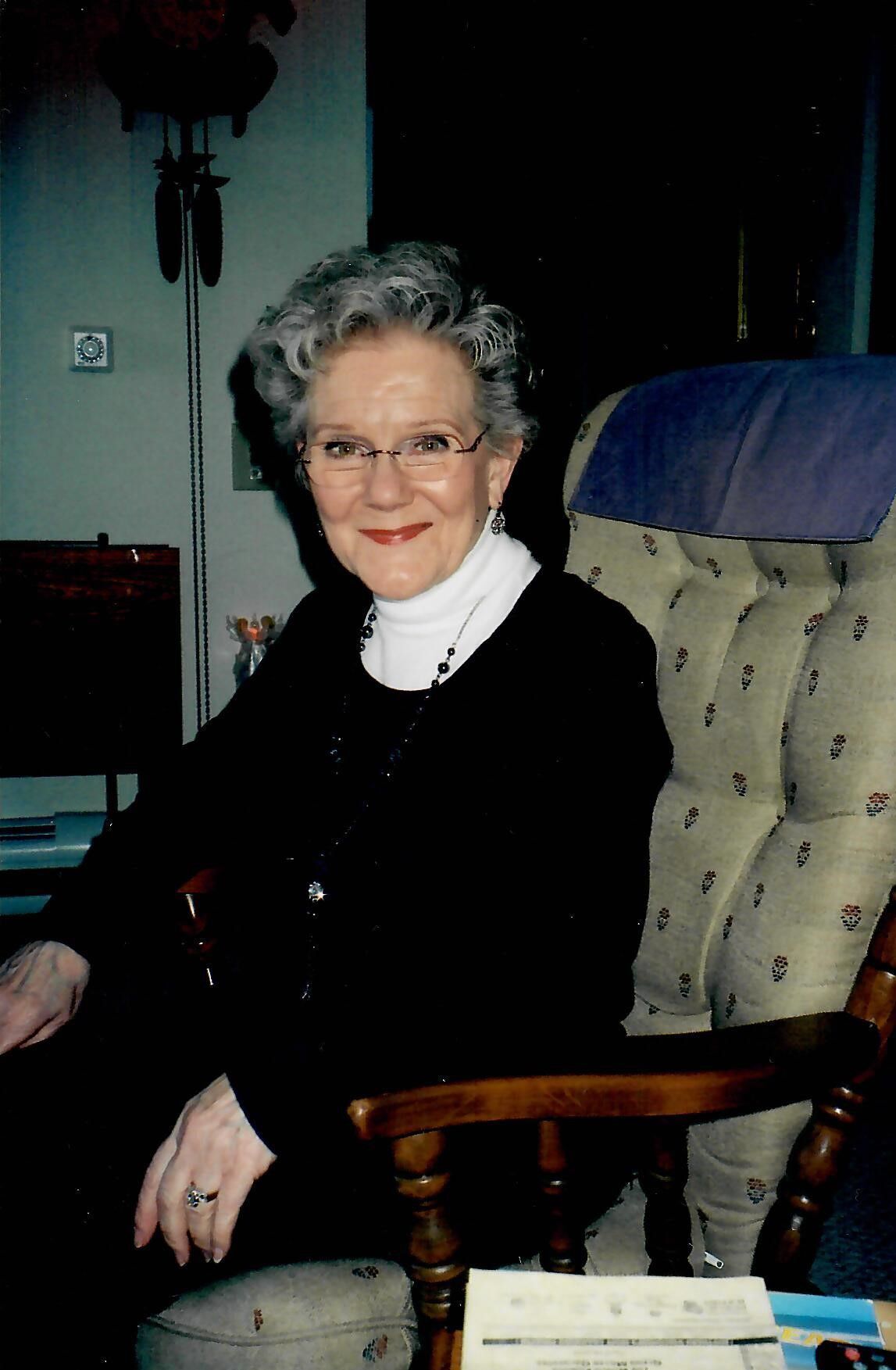 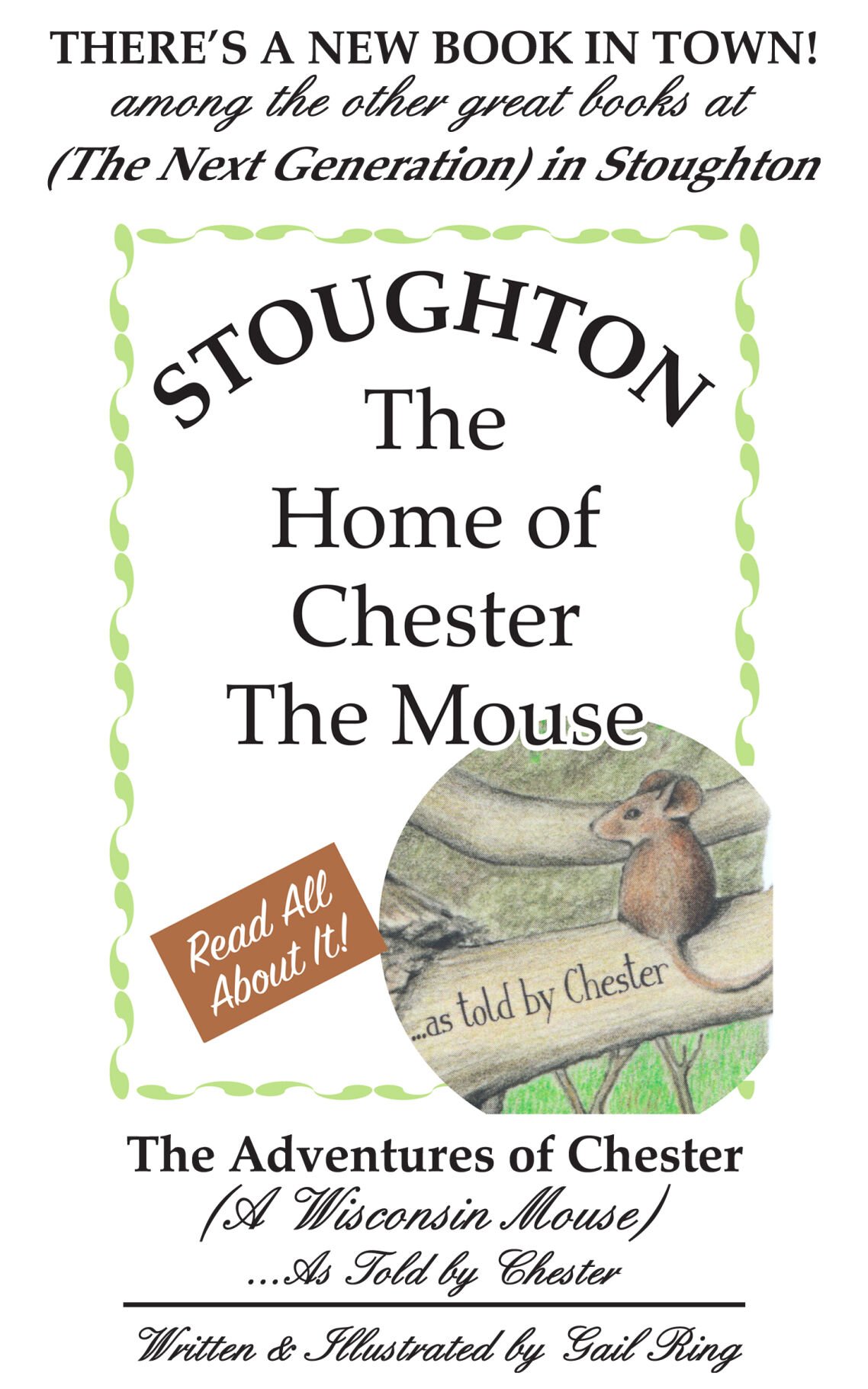 Gail Ring is the author of "The Adventures of Chester (A Wisconsin Mouse)".

Gail Ring is the author of "The Adventures of Chester (A Wisconsin Mouse)".

When lifelong Stoughton resident and graphic artist Gail Ring retired from her job, she felt she could finally take a walk downtown again for the first time in six years – after long hours and a commute to Sun Prairie kept her either at work or at home.

But her relaxing jaunt into the downtown gift shops was quickly cut short when she began to notice something familiar about the coffee mugs and T-shirts promoting Stoughton – the memorabilia was emblazoned with one of her designs.

But Ring had never sold the rights to the image being used – a depiction of the City Hall Clock Tower.

She inquired with the shopkeeper who embarrassedly admitted she wasn’t aware the illustration was not in the public domain and who also informed Ring that City Hall was using it on their stationery.

“She didn’t know me and she said ‘oh you want to buy that?’ and I said ‘no, I drew this’ and her eyes just about bugged out of her head – ‘what? you drew this?’”

But Ring, a commercial artist, had only been commissioned to draw the image for a local group trying to raise money to renovate the opera house back around 1982. Although the clock tower was no longer actually a part of City Hall by that time, she felt it was an iconic symbol for the group to use for its fundraising campaign.

“I told them I’d be glad to do it, but the only way I’d do it was to draw it with the clock tower,” she said. “The building looked terrible without the clock tower. I don’t know if they got any money, they never told me.”

Ring was paid $250 for the pen and ink drawing by the Auditorium Restoration Committee initially. Being so busy working out of town, she didn’t realize that the image had then gone on to be used for gift shop merchandise, business signage, truck logos and the city’s stationery.

She later discovered that someone she knew had claimed the work as their own and profited from it.

It wasn’t until 1996 that Ring was paid for the extended use of her image. But, with the help of then-Mayor Helen Johnson, Ring came to an agreement with the city for proper compensation for the artwork. The city paid the artist $1,500 for “indefinite use of the logo.”

“I got a phone call – ‘Gail, this is Helen, what do you want me to do? We bought the image.’ And I said, ‘How much did that person charge you? Whatever they charged you, I want more.’ I got a correct amount for myself at the time,” Ring said.

In 1992, the city had to order new flags and the cost would be the same whether it kept the “Oak Opening” logo or changed to something else, according to a 1996 article in the Hub. City officials chose to use Ring’s logo on the city’s official flag.

She was also able to come to an agreement with various gift shops to continue selling memorabilia using her image or to pull the products. In some stores, the products could still be sold as long as Ring could sell some of her other artwork at the store.

For businesses who had used the illustration on their trucks or buildings, she requested $500 for continued use.

“People were getting rid of that logo left and right,” Ring said.

Even the Stoughton Courier Hub had been using the emblem as part of its folio in the newspaper, believing too that it was in the public domain. But the editor at the time “graciously” apologized to Ring, she said.

Over the years, she got new requests to use the logo such as for a Boy Scouts fundraiser. She’d agree if she felt it wouldn’t be used for a commercial profit.

A saving grace for Ring was that the art thief hadn’t removed Ring’s name from the image, which is etched below one of the bricks on the upper-right side.

“This other person took it and plagiarized it and that person knew me and knew about my name on there, but left it, thank God,” she said

Ring had asked the Auditorium Restoration Committee that since she wasn’t charging them much for the commission, if she could put her name with the bricks.

“In commercial art you don’t usually put your name on it – you’ve sold it, that’s it,” she said. “I put Ring in the corner, but to this day almost nobody sees it.”

While Ring eventually confronted the individual, she didn’t do it right away because she was too upset.

“I waited a couple years – probably 4 or 5 years before I saw that person – and I had been biting my lip for quite a while,” she said. “I forgave that person. I thought, ‘Lord when I see that person, I am going to shake hands with them.’”

But it wasn’t a scandalous thing around the city because for the most part, Ring kept it quiet. She didn’t have the Courier Hub go public about the plagiarism at the time. It wasn’t until an Oct. 28, 1999 article about herself in the Stoughton News section of the Capital Times and the Wisconsin State Journal that she first shared the story publicly.

“Nobody knew the story until that article,” she said.

And this telling to the Courier Hub now will likely be the last time the story is told, she said.

Ring originally became a commercial graphic artist because of a high school aptitude test that placed her two highest scores as art and salesmanship. After that, she decided the career was a natural fit for her.

She also drew several other iconic illustrations associated with Stoughton – a black-and-white Norwegian Dancers logo, and a rendering of the Stoughton Railroad Train Depot.

But of all the graphics she’s designed, her favorite is for Honey Wagon Services. The owner of the business, Les Swanson, asked her to design a logo, but Ring didn’t know what the business did. Once she found out, she said she was shocked and had no idea where to begin.

“I sure wasn’t going to design a pile of poop for the side of his truck,” she said.

But she woke up in the middle of the night and grabbed the notepad and pencil she always kept by her bedside and sketched out an idea – a honeybee with a clothespin on its nose.

When she presented the idea to Swanson, he loved it.

“To this day they still have that on the trucks,” she said. “Every time I see it driving around the countryside, it makes me smile. It’s the very best logo I ever did. It sure has made me happy to see it.”

These days, the 78-year-old Ring mostly makes drawings as little gifts for friends or family.

But last year she published one of her crowning achievements – a children’s chapter book she had begun in 1991. The 19-chapter book, “The Adventures of Chester (A Wisconsin Mouse) … as told by Chester,” features 17 of her illustrations. It tells the tale of a mouse who goes on a grand adventure starting in Stoughton and ending up in Door County.

In the fall of 1990, Ring and her husband took their first trip to Door County, and over the years, the beauty of different seasons attracted them back. She took photos and made drawings of her travels. One day, she decided to put a mouse on one of the branches of a tree she drew. That mouse then returned in a series of drawings, before becoming the character in her book.

She sold out of her first 200 copies and has now ordered a second run of 200 more, which are available for sale at The Next Generation on Main Street.

Reporter Neal Patten can be reached at npatten@wisconsinmediagroup.com