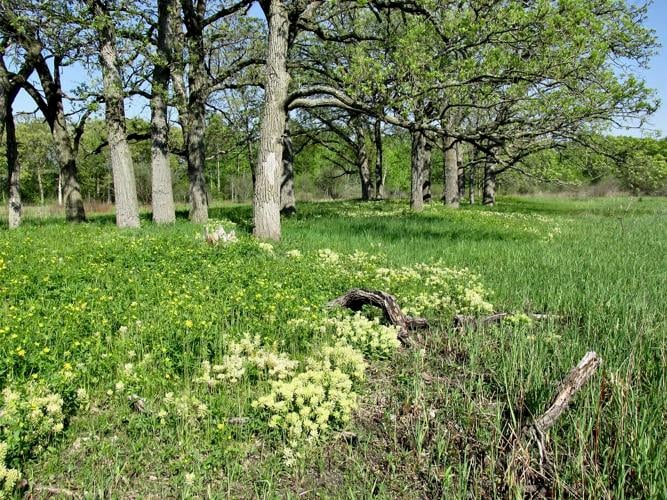 An Oak Opening with wildflowers being restored at Lake Kegonsa State Park. 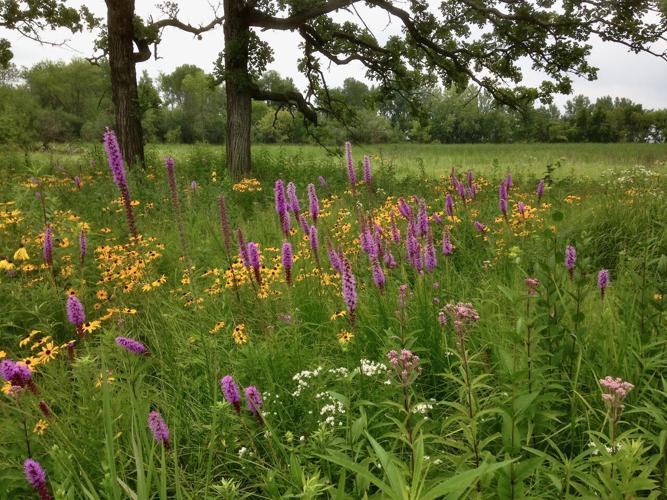 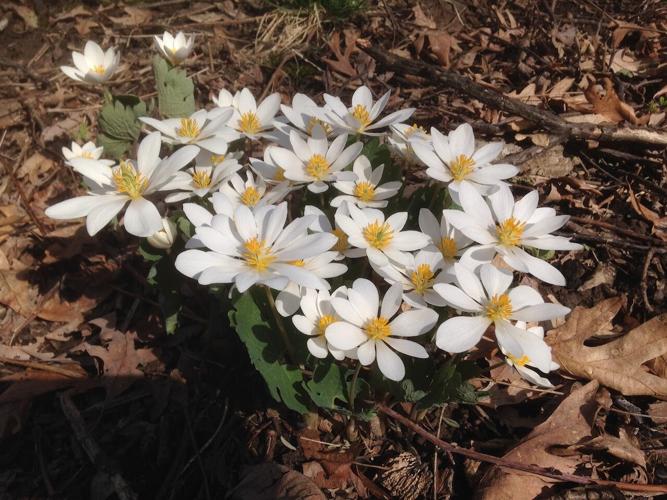 Native Bloodroot was seeded and immediately began to spread in managed areas.

An Oak Opening with wildflowers being restored at Lake Kegonsa State Park.

Native Bloodroot was seeded and immediately began to spread in managed areas.

Oak openings were once the very definition of the early Stoughton landscape: an open landscape dotted with large oaks and hickories that resemble an orchard on steroids.

While many of us have heard or read about the biological diversity in far away places like the Amazon or Africa, rarely do we hear or understand the diversity that was once here in southern Wisconsin.

Stoughton is fortunate to have a state park literally at our doorstep. It is here, at Lake Kegonsa State Park, that work is being done to bring back the astonishing biological diversity that once was common in our area.

Historically, this land was originally covered with oak openings, prairies and woodlands, interspersed with lakes, wetlands and rivers. More than a thousand species of plants once covered this landscape with more than 300 species of birds that occupied it during at least part of the year.

This combination of rich natural resources attracted early European settlers (mostly Norwegians) who quickly took advantage of this abundance in the form of farming and other endeavors. Little of the original diverse biology is left today.

One of the most important elements to be reintroduced is fire and mowing. Previous to settlement, fires would sweep across the landscape, almost on an annual basis. Also, elk and bison would lightly graze the resulting abundant growth after the fires.

This left a very open landscape that early settlers said “one could ride a team of horses and wagon almost anywhere you wanted to go.” That changed quickly after settlement. Fires were incompatible with farming and Stoughton’s urban growth.

Even the lands at Lake Kegonsa Park were engulfed in this new environment and many plants and birds dropped out of sight. Starting in the 1990’s, volunteers began to re-introduce fire and eliminate introduced species.

The other, more interesting effort was to hunt down the original flora of oak openings near Stoughton. This was started by reviewing old pioneer accounts and early plant work done for the entire state by the University of Wisconsin in the 1930s.

Once researchers had an idea of what was originally here, they began to look for remnants in odd corners of farm woodlots, pastures and road ditches, and rare seeds became valuable. These seeds would be first planted in gardens to increase the seed out-put, and then seeds would be planted at the park. With the re-introduction of fire and mowing, these seeds began to grow and prosper in the more open landscape once again.

Lake Kegonsa State Park also has some of the largest trees left in southern Wisconsin. During the restoration work, the old oaks and hickories are purposely left to retain as much of the original landscape as possible.

Some of the oaks and walnuts are over one hundred feet tall and 100 inches in girth. Some are over 300 years old, a natural legacy from the distant past. There is currently only around 30 acres under this type of management, but with more time, it can be expanded so that once again, beautiful and diverse native flowers and endangered oak openings can return to the Stoughton area.

The shovels have hit the dirt, and now it’s construction season through the summer for the much-anticipated renovation of Stoughton High Schoo…

Every year the Syttende Mai committee issues a new collectible, commemorative coin as a keepsake - one side illustrates what makes Stoughton special while the other side represents Norway’s land and culture. This year, the Oak Opening is featured on the Stoughton side.